This study was conducted by the Martin Prosperity Institute at the University of Toronto in December 2013, and was funded by the Toronto Public Library Foundation.

For every dollar invested in Toronto Public Library (TPL), Torontonians receive $5.63. This benefit results from the market value of services delivered, or direct tangible benefits and the stimulus to Toronto’s economy from direct spending and re-spending (indirect tangible benefits).
Direct tangible benefits for individual library services are provided along with the total direct spending and total indirect tangible benefits. Just over half of the total impact is from providing free access to books and other items of the 11 million in the TPL collection. The remaining total impact is divided between the value of the other library services, total direct spending, and the indirect tangible benefits created by the direct spending. The value of the total economic impact for each household within the City of Toronto ($955), and for each of Toronto’s residents, of all ages ($358).
The total economic impact and impact per dollar spent are impressive results, and are in the same range of values found in published studies of other library systems from around the world.
For the 72% of Torontonians who use library services, the total direct benefit is as much as $500 ($502.15) per library member.
The average open hour at a branch generates $2,515 in direct benefits. The analysis shows that on average one open hour at any of the library’s 98 branches generates $2,515 in direct benefits that are only possible because that branch is open. The $626.8 million in benefits is only those direct tangible benefits that require a branch to be open in order for the specified services to be available. In 2012, TPL branches were open for nearly 250,000 hours. Given $162.8 million (minus capital and eTitles) in direct spending used to fund those benefit-generating services, the average open hour costs approximately $653. Therefore, the average benefit is almost 4 times the average cost. 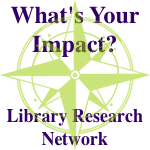